Year 8 have been visiting the East Kent coast around Reculver as part of their projects on coastal erosion. Roving reporter Will S said:

‘Reculver was amazing! The thing that I loved most about the trip was definitely the two historical towers for the Anglo-Saxon church. Just by looking at it you could tell it was old and there were ruins behind it. 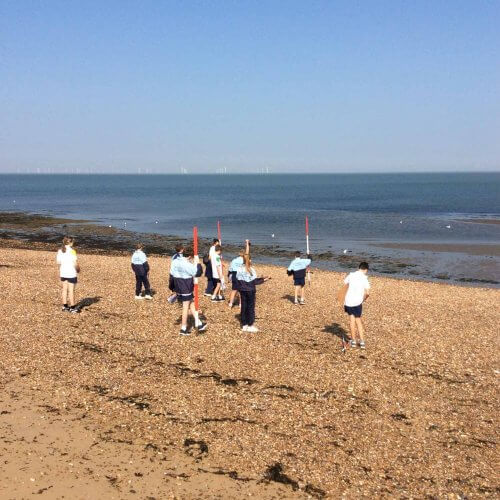 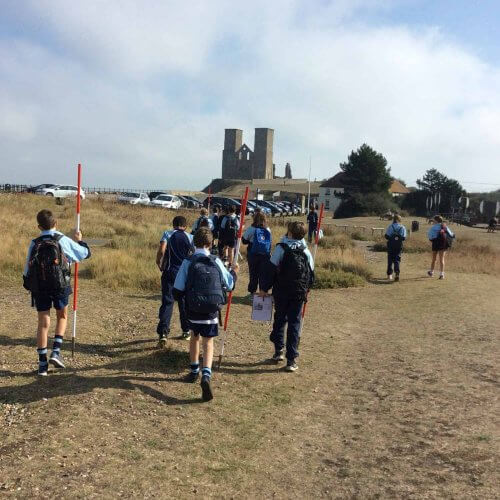 We first went to site A (the east side of church) to record our first set of readings. The very first thing we did was use our ranging poles to measure the profile of the beach and the length of change in angle. We went from the shoreline up to the high- tide limit. Then from there we go up to where it changes angle again. And the final reading was to the sea wall. We used a clinometer to measure the profile of the beach where you have to point the gun like clinometer from the top of one white stripe to the top of the other white stripe on the top of the other ranging pole. We then used a 30m measuring tape to find the distance between the two poles. 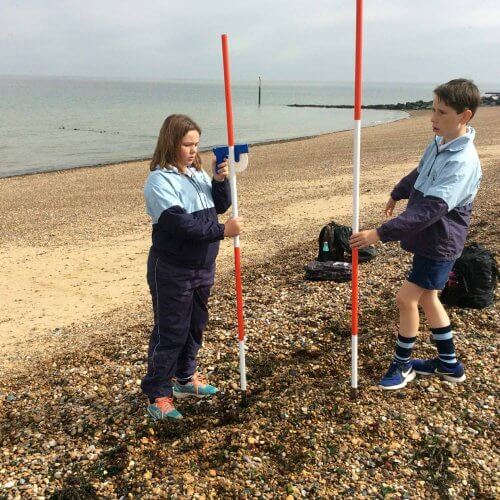 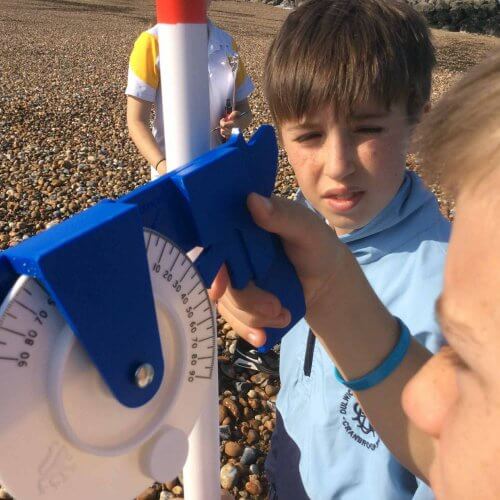 The second activity we did was to measure the longshore drift, so we put six oranges in the swash zone and left them for twenty minutes. While we were waiting for the oranges we did the wave count. One person would hold a stopwatch and set the timer to five minutes. While the other would count the waves for the next five minutes until the stopwatch ran out. We did this three times to make it a fair test. After we had finished we went back over to see what the oranges had got up to while we were gone and on site A there was one on the East side of where we dropped it in but the rest were on the west side toward the church. 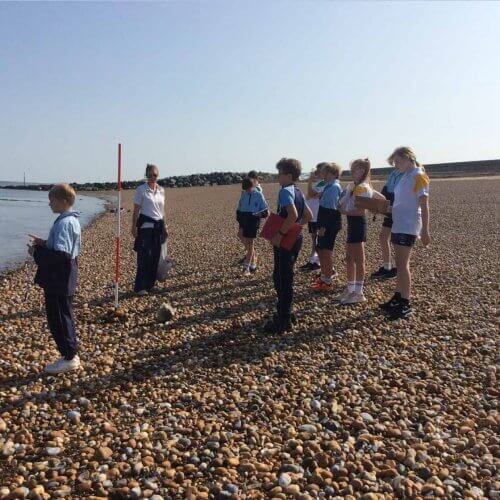 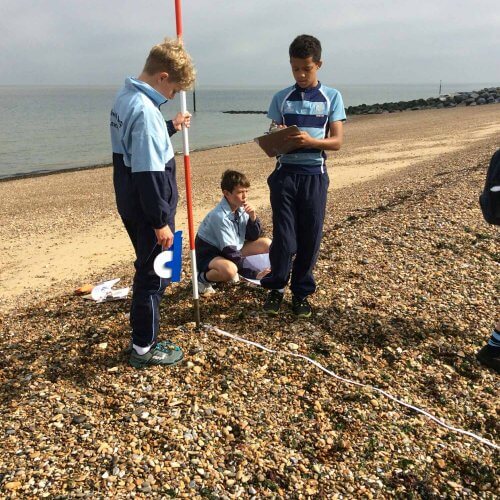 When we recorded those results we went to lunch which I have to say I enjoyed very much!

Then before long it was time to go to site B. Where we did exactly the same thing to see how different our results were from site A. We had to stay well away from the cliffs though because they are made of sandstone and is very crumbly! Also there were a lot of honeybees nesting inside them. The results were not too different except that all of the oranges were on the west side and the longshore drift was much more powerful on site B than on site A.’ 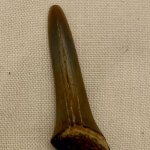 Jasper H found a shark fossil which we think may be up to 500 million years old!

Talk Education features Dulwich Prep
Butterfly art installation
Year 5 Big Camp
We use cookies to ensure that we give you the best experience on our website. If you continue to use this site we will assume that you are happy with it.OKCookie policy