Sophie, Countess of Wessex, wife of Prince Edward and member of the British Royal Family.

Will Gompertz, Arts Editor for the BBC.  Previously, Director of Tate Media.

Tom Ransley of the Men’s Eight Rowing Team, a Bronze Medal Winner at the London Olympics in August 2012, and Gold medal winner August 2016

In March 2009 we were delighted to welcome the Countess of Wessex back to her old school to open the brand new Little Stream buildings. 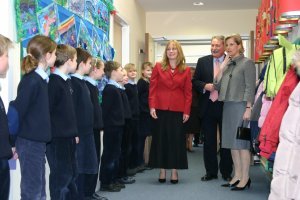 « Back to all
About History of the School
Eminent Alumni