“Set on a glorious 50-acre campus just an hour from London by train, Dulwich Prep Cranbrook was founded when the headmaster of Dulwich Prep London evacuated his pupils here to his in-laws’ house after the outbreak of the Second World War. What was originally a group of huts in the orchards surrounding the main manor house has grown into a thriving, incredibly open and welcoming school – and one which is shortly set to expand its appeal even further with the opening of a brand-new senior school, kicking off with an initial Year 9 cohort in September 2023. 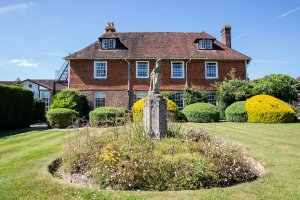 The school is situated a mile outside the pretty Kent village of Cranbrook. The sweeping driveway brings you up past a string of converted farm buildings and modern add-ons, leading down to a spread of well-maintained playing fields and the school’s extensive grounds – which include a mini-nature reserve and wilderness wood for children to explore. Most pupils are local and come by car, but there are also a handy number of minibuses ferrying children in from the surrounding villages.

Life here begins at Nash House (nursery to Year 1), a super-modern, funky building with a retractable roof and classrooms spilling out into the gardens. From there, it’s a hop down the corridor to Little Stream (Years 1 to 4), a skip to Upper School (Years 5 to 8) and shorty, a final jump to the senior school, which will cater for Years 9-11 by September 2025.

Charming head Paul David has been here since 2010 and lives on site with his family in an idyllic oast house (his wife Nicky teaches at the school). Parents are huge fans of his open-door policy (he’s at the gate every single morning, greeting families) and his gorgeous Labrador, Binky, often wanders in and out of classrooms for a cuddle with children. 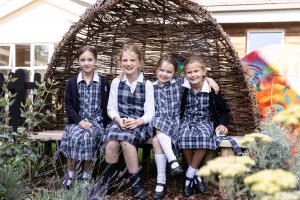 A keen mathematician, sportsman and trumpet player, Mr David gets a big thumbs-up from pupils and we got a strong sense that he is a very safe pair of hands. The expansion into a senior offering is, understandably, the big news here and something which Mr David tells us has been in discussion for many years. Quite rightly, the school has taken time to fully assess local demand, parental feedback, logistics, and a plethora of other considerations before nailing their colours to the mast. He’s recruited a new Head of Senior School to ensure a smooth transition for the first cohort, and many of the staff currently teaching to CE level are also qualified to teach up to GCSE – offering pupils excellent continuity.

Unusually, this energetic head conducted our tour personally (much to our delight) and aside from his infectious passion for the school, we were particularly struck by the fondness with which all the children greeted him as we passed. 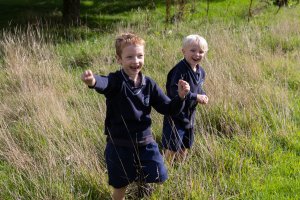 Admissions are brilliantly flexible; the nursery has typically been the most popular entry point, but the school will do what it can to find a spot for children in any year group (including midway through the year, if there’s space). Entry is non-selective; prospective pupils in Year 1 and above pop in for a taster day and might be asked to undertake a piece of creative writing before being formally offered a place based on their ‘fit’ with the school. Pupils wishing to join the new senior school at 13+ will be asked to sit an entrance exam, and those moving up from within will be expected to be able to reach the same standards. 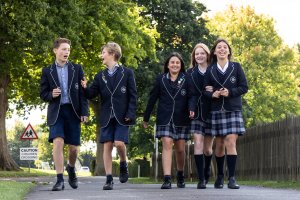 There’s a solid focus on independent learning. Pupils in the top two years study towards their Dulwich Colours, a humanities-focused, non-examined curriculum, in addition to the more prescriptive CE classes in maths, English, science and Latin. Tech is encouraged; older pupils get their own devices on which they do the majority of their work, and there’s plenty of coding, app design and time to experiment with the school’s very own green screen. That said, traditional literacy is just as important – and children are welcome to curl up on beanbags with a book in the bright library during break times (20 minutes is set aside for reading time after lunch each day). We hear high praise for the school’s learning-support department too, with any extra help required included in the fees. 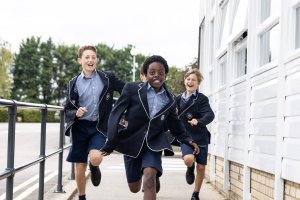 The geographical separation of the three main areas of the school on site (Nash House, Little Stream and the Upper School) means that children get a sense of both academic and physical progression as they move up the year groups – but there’s enough interaction between each to ease the transition and maintain a relaxed all-through vibe. From Year 1, ‘Little Streamers’ are treated to specialist teaching in art, science, music, and sport and benefit from light and airy classrooms, many with bi-folding doors and stacks of wellies hinting at the extensive use of the great outdoors. We loved the appointment of two ‘greeters’ in each class, ready to welcome every visitor and quickly give them an idea of what the class is up to that day. It’s a treat for guests and a brilliant way of helping children gain confidence and coax even the shyest out of their shells. In the Upper School, Years 5-8 have specialist teaching in every subject, including D&T and drama.

The first cohort of Year 9 pupils will have the freedom to choose their own GCSEs, with a bespoke timetable built around each student. Although the school already has the capacity for another 150 pupils, there’s a significant amount of building work scheduled in preparation for the planned expansion, and we are very keen to see how the plans come together.

Currently, around 40 per cent leave at 11+ (there are some excellent grammar schools nearby, such as highly sought-after Cranbrook School), but those staying till 13 are thoroughly prepared for CE success. But with the enticing carrot of the senior school dangled in front of parents and pupils, it’s safe to say that retention is set to rise exponentially.

Until then, students head to a wide range of south-east state and independent schools, including Tonbridge, Benenden, King’s Canterbury, Sutton Valence, Eastbourne College and Hurst. 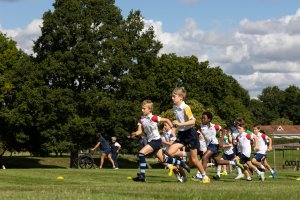 Children get outdoors whenever they can; there are two outdoor swimming pools, running and cross-country are big; a pro footballer pops in to help out with games lessons and older students get to pick from a carousel of sporting options, such as sailing, climbing and biking in nearby Bedgebury Forest. Sport is very inclusive – all Year 3 and 4 pupils play in every school fixture – and some weeks, every single Upper School student will be representing the school on match day. 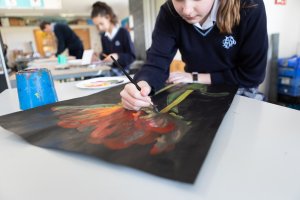 Art shines out here – and it’s impossible to miss the vibrant displays all over the school (pupils have won two out of the three top prizes in the IAPS iArt competition over the past two years). There’s always a smattering of art scholarships won to senior schools and the scholars’ work we saw on display was more akin to GCSE standard. The music department is incredibly strong too – 75% of pupils play an instrument, and opportunities abound to perform in informal concerts, orchestra renditions and even in one of the school’s five rock bands (including one exclusively for girls), each complete with with bass guitar, acoustic guitar, drummer, keyboard and vocalist. 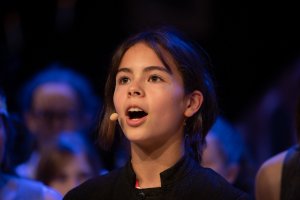 Drama is part of the core curriculum right up until Year 8 and with a 300-seat theatre boasting its own orchestra pit, it’s no wonder that productions are amazingly slick. Professional-style auditions are held for the senior play, and everyone’s welcome to get involved with set, lighting, sound and prop design. The Director of Drama also runs a dance school at weekends, which heaps of children attend (some even took part in a recent dance competition at Euro Disney).

We love the sound of Drawing, Walking and Talking Club – a chance for children to take some time out in the surrounding beautiful Kent countryside. Other options include cookery, gardening, bushcraft and tree-naming; and those who prefer to opt out of matches on a Wednesday afternoon can instead get stuck into water sports, mountain biking and raft making. 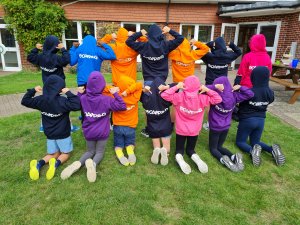 There are 30 beds available in the Manor House – which sits at the heart of the Upper School. Boarding is superbly flexi; a handful of pupils stay every night (Monday – Thursday, night with Fridays on offer only if there’s a Saturday fixture); some stay two or three nights a week, while others dip in and out for the occasional sleepover while they build their confidence (or as a rather fabulous alternative to a babysitter). ‘Day boarders’ can also stay until 8.00 pm and get involved with supper and all the activities laid on for the boarders before heading home. 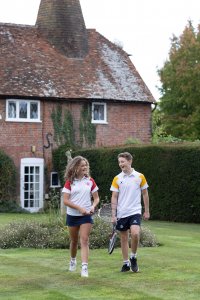 Wellbeing is something of a hot topic in education, but Dulwich can hand-on-heart attest that they have been giving it top billing for quite some time. The school has a longstanding partnership with Place2Be (who have an on-site project manager), with group chatting sessions at breaktime for small niggles and one-on-one counselling sessions for anything more deep-rooted (parents and staff are welcome too). Everyone follows the iSpace Wellbeing Programme, which teaches children how to express themselves and talk about how they feel. Pupils are also taught breathing techniques, which a staggering 94% said they had been able to positively use to settle emotions like anger or fear – and Dulwich’s ethos of teaching children to thrive despite turbulence and failure is clearly working.

This is a broadly local school, and most families live within half an hour’s drive away. Dulwich Prep Cranbrook is a hit with London exiles (many of whom still commute to the capital on the fast train from Ashford), and flexibility is a major part of the sell. Community spirit is palpable and regular gatherings for parents give them an opportunity to catch up with not just fellow parents, but staff too. 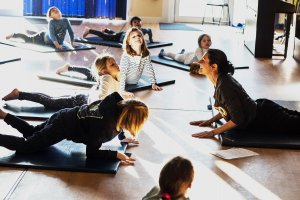 Affordable, forward-thinking, family-focused, academically sound and pastorally stellar, this is already a fantastic school – and the imminent opening of the senior school will make it stand out from the crowd even more”.